The world is about to be cloaked in darkness. Only one can stop the night.
Kellen St. James has spent his entire life being overlooked as an unwanted, ordinary, slightly geeky kid. When the sudden death of his Gran takes him from the East coast to the rugged cliffs of Western Ireland, all that changes. That is until a beautiful girl, one who has haunted his dreams for the past eleven years of his life, shows up spinning
tales of a prophecy. Not just any old prophecy either, but one in which Kellen plays a key role.


Suddenly, Kellen finds himself on the run through a Celtic underworld of faeries and demons, angels and gods, not to mention a really ticked off pack of hellhounds, all in order to save the world from darkness. But will they make it in time?

We Were Liars by E Lockhart REVIEW + NEW RELEASE

A beautiful and distinguished family.A private island.A brilliant, damaged girl; a passionate, political boy.A group of four friends—the Liars—whose friendship turns destructive.A revolution. An accident. A secret.Lies upon lies.True love.The truth. We Were Liars is a modern, sophisticated suspense novel from National Book Award finalist and Printz Award honoree E. Lockhart. Read it. And if anyone asks you how it ends, just LIE.
Review ahead

Read more »
Posted by Aisha Reads Books at 15:14 No comments: 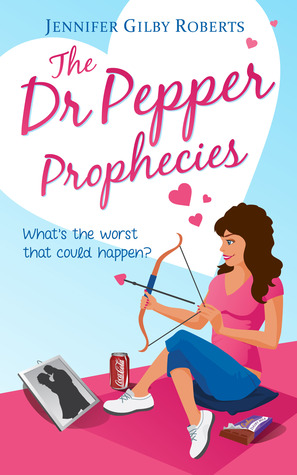 25-year-old Mel Parker has a few tiny problems:
* Her job is terrible
* She's been dumped yet again
* Her ex is now her boss
* Her parents think she's a loser compared to her perfect younger sister
* All her efforts to improve her life seem doomed to failure
* There just isn't enough chocolate in the world to make up for the above.

The one good thing in her life has always been her best friend Will, who has seen her through every crisis from lost toys to pregnancy scares. But his girlfriend (who's prettier, better-dressed, more successful and secretly evil) is determined to replace Mel as the woman in his life and how is Mel supposed to compete?

So what do you do when you've pretty much given up on your own life? Help others, of course!

After all, what's the worst that can happen?
Review ahead