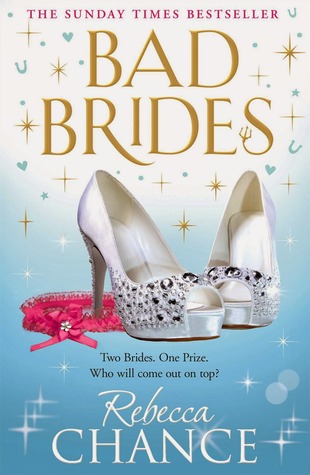 Milly Gamble is an up-and-coming actress, and the perfect English flower child. At 23, she's always been cast as the innocent heroine. But looks can deceive. Calculating and fiercely ambitious, Milly is determined to be the most famous star in England. And how better to achieve her goal than by dating Tarquin Ormond, lead singer of the biggest folk band of the moment? Tarquin is madly in love with Milly; Milly is only in love with herself.

Brianna Jade is an all-American pageant girl. The daughter of Tamra Maloney, a stunning billionairess, Brianna is a sweet, pretty girl who is more than happy to go along with her mother's ambitious plans for her. Now Tamra's brought her to the UK and hooked her up with an Earl. He has a crumbling stately home and needs a rich wife to help restore it to its former glory. Tamra is as ambitious and determined as Brianna is sweet and innocent - is this more a case of mother-in-law-zilla than bridezilla?

Both Milly and Brianna's upcoming weddings will be huge, lavish events that garner national press. But with the cover of the biggest magazine in the country to be won, things are about to get very dirty…
Spoilers ahead


I've read every Rebecca Chance book and this did not disappoint, whilst my favourite is still Bad Girls, all the "Bad" books still have my heart over the "Killer" ones. My favourite thing to do in Rebecca Chance novels is to find any links to the last books, throwaway lines that tell me how my favourite couples are doing, there were so many in this book I could have cried, not all of my favourites but more than enough.