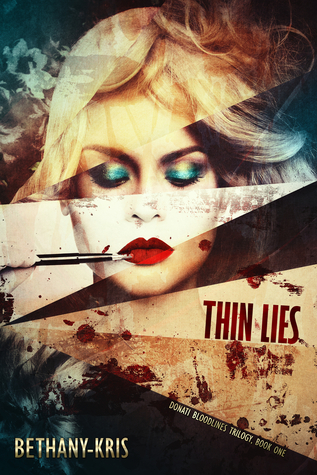 
Calisto Donati
She was just a woman. That’s what Calisto wanted to tell himself; that’s what he wanted to believe. Emma was nothing more than a woman. There were other women for him to want. To obsess over.It couldn’t be Emma Sorrento.Not for Calisto.She was taken.She was claimed.She was not his.In a few days, Calisto would hand her off, and that would be that. He wondered why it wouldn’t be that easy to let her go. What good had saving her done?He had simply taken her from one monster to give her to another.Emma SorrentoEmma slid on her mask. All someone would need to do was look close enough to see what was really beneath the sheer falseness of her smile.At the other end of the table, Emma found her lies staring her right in the face.He smirked.And winked.Calisto Donati was her worst mistake, her greatest shame, and the one thing she still wanted more than anything. Emma could still feel him all over her, long after his touch and kiss was gone. In thirty days, her entire world had changed—he had changed her.Emma had a feeling that if she played another game with Calisto, she would surely lose.She had already lost once.Wasn’t it enough?WARNING: The first two books in the Donati Bloodlines Trilogy end on a cliffhanger, and are not considered safe romance.

Review ahead!
You guys, Bethany Kris has done it again. Only this time she's ripped my heart out and stomped on it for fun. When it was first announced that this book was going to have a cliffhanger I was like "pfft, bring it! I survived the year long wait between The Mark of Athena and The House of Hades."


I wasn't ready! Somehow this book manages both the slow burn and the fast paced "everything is happening!!" In a way, I could see the ending coming, especially with the cliffhanger being a thing but the book was so well written that it had me hoping until the very last page.

Emma Sorrento is a great character, and as readers we're lucky to enough to be witness to her evolving into who she actually wants to be. Having been raised as a spoilt principesa she's realising that there was actually a price to pay and that she wasn't actually just expected to live her life as a single child and so we get to watch as she tries to break those habits and become more independent. All I want is a scene with all the amazing women Bethany Kris has written and I honestly won't even ask for anything book related again (for a week maybe, I have needs).

Calisto kinda breaks my heart a little, it's so obvious he doesn't want to be where he is and for him to then find something great in all of this but he can't have it? Awful. Cal complements Emma so wonderfully and it's a credit to the writing that this has happened as wonderfully as it has.

This was such a great book and I can't believe I have to wait for another cliffhanger before I finally get a resolution, it's going to be a stressful one, I can feel it.