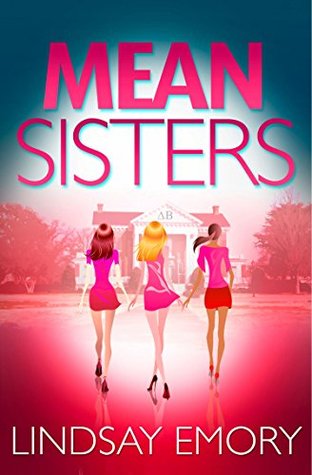 A sassy, hilariously funny murder mystery where the closest bonds of friendship might just kill you…!
Margot Blythe is a twenty-something year old who can’t seem to let her college glory days go. After all, everyone deserves a family of ‘sisters’ like she had. When she’s invited to speak at her alma mater, her homecoming reception isn’t exactly what she expected. Tragedy strikes and Margot has to step up, especially when foul play is suspected.
She’s going to save her fifty frazzled ‘sisters’, keep the suspicious (but dangerously cute) police officer at bay and find out the truth – could a sister have committed such an unimaginable sin as murder?
Margot is going to learn the real bond of sisterhood and maybe, just maybe, discover where she truly belongs.

This book was certainly amusing. Setting a murder mystery within a sorority setting is always a good idea because it allows for an extra element of secret keeping from those not pledged. Margot was a fun narrator, somehow both whip smart and dumb as a post as she looks after her sisters and decides to solve the murders on her own.

Margot is a character who toes the party line with regards to what to expected of a Delta Beta sister and she expects everyone else to hold these values, because why else have they pledged? It was nice to see a character so steadfast in their beliefs and not doing it in an overtly cult-like manner. For me, I've always found sororities to be a bit weird - yes to sisterhood, maybe a no to secret chants etc. I was a huge Greek fan so I have a good understanding of the Greek system but thankfully even if I didn't not only does this book explain the institution very well, the UK version comes with a handy glossary in the back for those of us without institutions as complex as the Greek system.

Other characters introduced were fun and you can definitely see them being familiar drop-ins in further books. The mystery element was pretty good, I think it was obtuse enough to move the story along, but also relatively easily solvable for a reader that likes to guess ahead, which I guess is the best of both worlds.

One last thing; how cute is the cover!

Recommend to: fans of the Heather Wells Mysteries, fans of mysteries
Rating: 3.5 stars
Posted by Aisha Reads Books at 21:49