How We Met by Katy Regan - Review 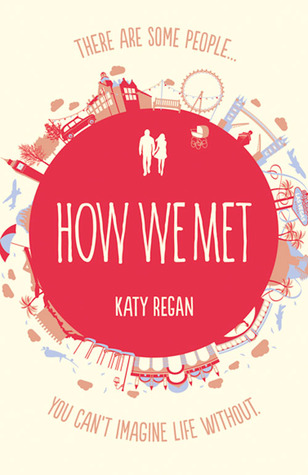 Goodreads  Amazon
A contemporary story of love, friendship and grief, told with Katy's inimitable laugh-out-loud humour, poignancy and heart.There are some people you can’t imagine life without.Liv Jenkins had been meticulously planning her ultimate to-do list – from the outrageous to sensible – of everything she longed to do before her dreaded thirtieth birthday, but when tragedy struck she never got the chance…Two years later, Liv’s five closest friends have come together on the anniversary of her death and have made a pact: they will complete Liv’s to-do list in tribute to her memory.Over the next year, before what would’ve been Liv’s thirtieth birthday, her friends set out to complete the tasks. But along the way deeply buried secrets, silent guilt, unrequited love and years of lies, rise to the surface rocking their friendships.When they reach the end of Liv’s list the final task shakes the group to their core and they realise that they must face their futures and the consequences of their pasts, and with Liv’s help, live the lives they have always dreamed of.


It is with the saddest of feelings I have to make a confession... I don't really like Katy Regan books. This is my second Regan book after The One Before The One and if my memory serves me correctly, I took a considerable 3 month long gap before finishing it. Thankfully for this book it was finished in 3 days so that is a definitive improvement.
There's absolutely nothing wrong with these books, I guess it means there's just things that aren't right. For starters, it begins in a 3rd person view, past tense which most books are in so that cool, then next thing I know, it's in 3rd person present tense which threw me for a loop. Perhaps I'm a creature of habit.

The story, despite what the blurb may lead you to believe is actually all about Fraser and Mia with Liv being thrown in, maybe as a reminder to the reader that she's dead and that this group of friends may not actually be friends without her.
Okay, so a character by character assassination read through:


Overall, this was not a book I enjoyed, but I can see why others might, if I had to recommend it to anyone, perhaps single mothers that may have a familiarity with Mia's character.
Rating: 3 stars ***
Posted by Aisha Reads Books at 20:20